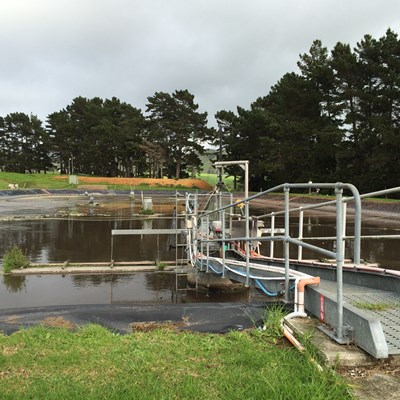 The aim of this project was to upgrade the existing 3 waters (fresh, waste and storm water) SCADA system to allow greater functionality and improve the telemetry network reliability and overall system performance. The central server of the SCADA system resides at the WBOPDC offices and collects data from over 150 different sites via satellite and radio networks. It was a required that the system remained fully operational during the transition.

The solution was to install a new central architecture system which would run parallel to the existing one, ensuring no downtime when transitioning. A new SCADA platform which provided enhanced reliability in data capturing, retention and diagnostics as well as effective operational capabilities was selected. Each site was individually audited and implemented through a template on the new platform before going live. The template design reduced data polling and network load. Sites were then deployed sequentially based on geographic location allowing time between for testing. Local nodes were installed in each region for centralised data collection and transmission. Once areas had been successfully transitioned they were removed from the old system. Individual unreliable sites were upgraded which ranged from replacing faulty equipment to full equipment redesign, installation and commissioning. Thomson Group managed the entire project.